I couldn’t help but laugh out loud as I explained to my mother on the phone the other day that I could tell I was becoming more like her. She’s known for years that I am a big holiday fan. I usually go all out in proper Martha Stewart form with my tree decorating, cookie making, and package wrapping. On the other hand, she hasn’t always shared the same enthusiasm, and for years, I couldn’t understand why. But after this holiday, she’ll get no more grief from me!

This Christmas was rather peculiar — though nothing really stood out at first. However, I did recognize a diminished enthusiasm when I took down all the decorations about two weeks sooner than usual. In fact, it was only two days after Christmas that I felt driven to take it all down and pack it up. This was not my norm.

But it was time to move on from Christmas.

Was I turning into a Scrooge? I remember years when I had wanted the holiday merriment to last as long as possible. But this year was different. As I rummaged through storage boxes, my thoughts raced with a great clatter. I felt this Christmas had been a good one, so I wondered what was the matter? . . . ahem!

Christmas is the time of year that we recognize the birth of Jesus. The word literally means “Christ” “mass” (derived from the Catholic celebration or worship of Christ’s birth.) Many might acknowledge that his birthday celebration is unparalleled by any other in that it is celebrated throughout much of the world. It is the recognition that God chose to become human by being born into this world.

In all honesty, I’ve always been a little challenged to equate all that goes on at Christmas with Jesus’ birthday celebration. When I was little, Santa dominated the holiday. Now that I’m older, it often feels more like a production than a birthday party. (I get you, Mom!!)

But removed from all the excess at Christmastime to me, Jesus’ birth is more like the first act or episode in a trilogy. That God would take on flesh and dwell among men is nothing short of a miracle! Many would agree that a great first act/episode is always iconic and riveting and perfectly frames the need for a sequel. Jesus’ birth certainly did not disappoint. From virgin birth to heralding angels in the sky, and king Herod on a rampage to kill the infant child, the first “episode” has it all.

But the story only gets better with the sequel of this “trilogy.” As the gospels record, Jesus’ ministry turned many things on their head. He was the kingdom of heaven in full expression. He made wine from water, ate with sinners, touched lepers and blind men, silenced the wind, and called people to repentance and faith in himself.

Some sequels do an injustice to the original, but this second act of the “trilogy” surpassed the current expectations. Thinking Christ could save them from Roman oppression, Israel failed to understand that it was their sin they most needed saving from. Needlesstosay, the climax, Jesus’ death and resurrection, left many bewildered and managed to indelibly impact the course of history. Who would have ever guessed that sin would be defeated by Jesus on the cross–that there could be a way for us to be forgiven and adopted into God’s family?! What a plot twist!

But to be honest, the third act – Christ’s return- appears to be the most paramount of the three. Jesus’ return will be like no other time ever before in history – powerfully revealing the magnitude of his passion and preeminence.

Biblical prophecies describe him as the cloud-rider, both the lion and the lamb, and the only one worthy to carry out judgment and restoration of this world. He will come to subdue his enemies and collect his bride, the church. Consider this: when he is revealed to the world at the end of the age, it will be both terrible and awesome. Wrong will be made right, all knees will bow to him, and everything will be made new. Just the thought of that day wells reverential fear and holy awe within.

It will be a finale like we’ve never seen, but not without eternal ramifications. Darkest peril and removal from God’s love await the wicked. Yet joy, peace, and God’s glory will be had for those who chose to believe in his Son, Jesus, while there was still time. This finale is the true endgame. Nothing will be the same.

In recent years, I’ve been fascinated by Scripture describing this event in the Old and New Testaments. In particular, I’ve been very captivated by how Paul references this event with a specific word in 1 Corinthians 16:22. In this verse, he closes his letter to the Corinthian church by stating, “If anyone does not love the LORD, he is to be accursed. Maranatha.”

You may not know it, but this word is full of meaning. The Aramaic term “Maranatha” (all on its own) refers both to how the Lord has come and how the Lord will return. In fact, it’s actually two words in one.

Easton’s Bible Dictionary describes “Maran’” as meaning ‘our Lord comes,’ and “athah” as meaning (our Lord) ‘is coming.’”[1]  This word was traditionally spoken in Hebrew circles (and later to converted Gentiles) by those who recognized that the Messiah had come (as the Christ-child, Jesus) and would come again (at the end of the age). First-century Christians were some of the only people who understood its true meaning and incorporated it into their daily language. In fact, it replaced “Shalom,” the customary Hebrew greeting, for the early church.[2]

The more I’ve learned about this word, the more I have become intrigued by its meaning. “Maranatha” is the reminder of what has been and what will be through Jesus. It equally regards the blessing of Christ given to us through His birth and the benefit of Christ as king when he comes again at the end of the age.

We can glean a lot from our Christian brothers and sisters in the first century. Their Christianity wasn’t a once-a-year candlelight service, and it wasn’t even a once-a-week pew-warming sermon. Jesus’ return was at the forefront of their thoughts and lips. They knew well that the Son of God had come. And they constantly looked to His return when they greeted one another with “Maranatha.”

As I reflect, I realize that the concept of “Maranatha” has been growing in my heart over many Christmas seasons. Like you, I have grown up with all the Christmas fanfare; it was once the pinnacle holiday for me. But as I found myself eager to take down the decorations this year, I realized part of the reason for this.

No, I’m not turning into the Grinch. And yes, this Martha could always benefit from toning things down and being more of a Mary. But it’s something more profound for me. I discovered that I cannot focus on the birth of Christ the same way anymore.

There’s more to the story of Christ than his birth.

While I don’t diminish it in any sense, I cannot help from shifting my sight from what has been to what will be.

The first-century Christians have so much to teach us. Jesus was not just a sweet baby in a manger. He was not just a disfigured Savior on a wooden cross. To them, he was also triumphant King Jesus coming on the clouds in all his glory.

Christmas will always be celebrated at my house. But maybe it just won’t be celebrated quite the same in my heart. Jesus’ birth was simply the beginning of a beautiful narrative of grace that is nowhere near being finished.

Understanding “Maranatha” has left me realizing that, to celebrate one of these incredible Christ events is to celebrate them all. May every Christmas remind us that He has come, and He is coming again!

[2]  “What Does Maranatha Mean?,” December 2022, https://www.bibleinfo.com/en/questions/what-does-maranatha-mean 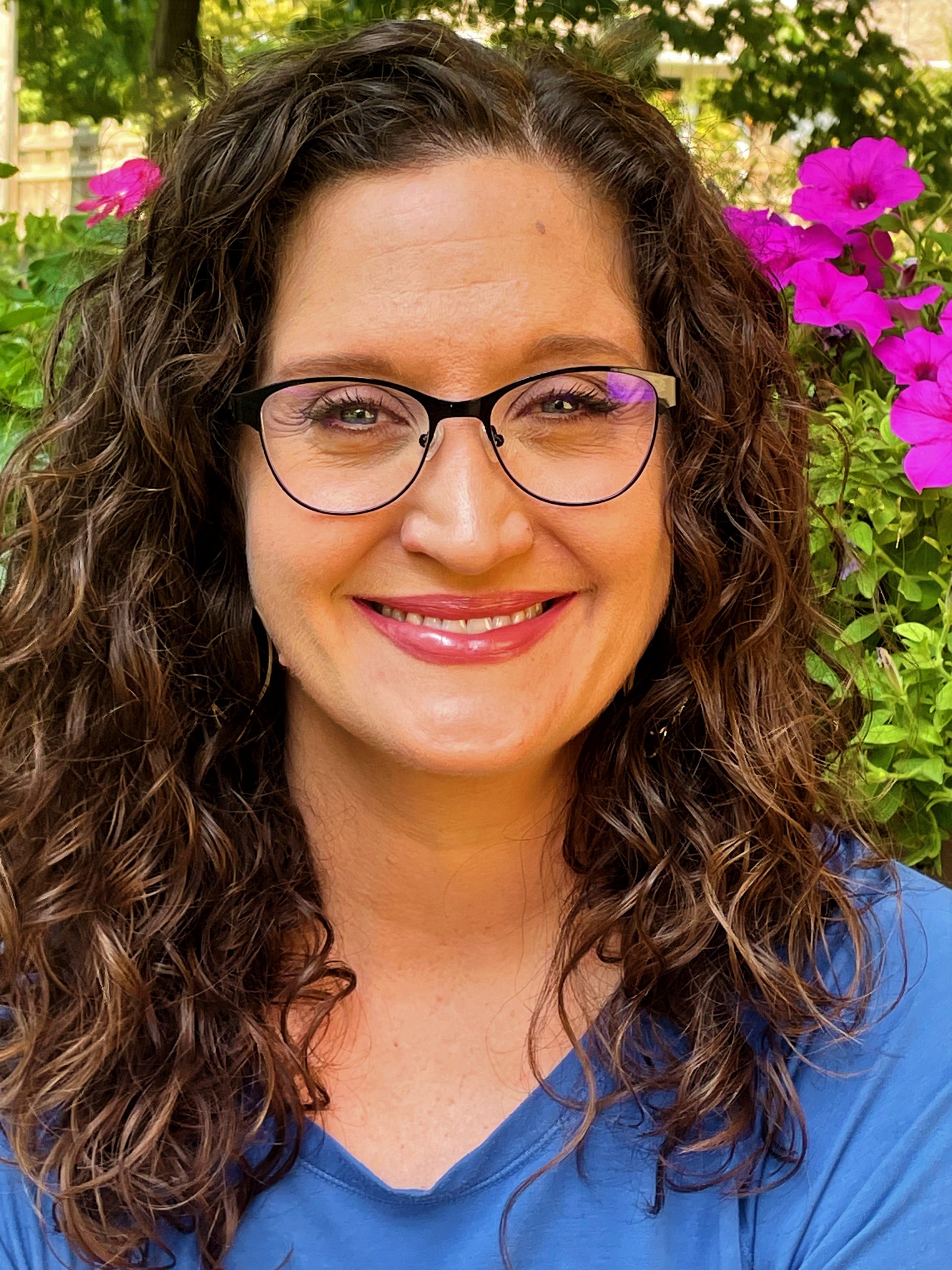 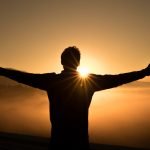